The previous week has been a rather slow one, all things considered. While the memes present are all recent, each one is still a sort of throwback or spin on a precursor. There are many different ways to reference an older meme, but each of these does it in a different way.

One of them is a continuation of a meme resurgence, another takes a classic saying and modernizes it, and the last is simply rediscovering an old meme and breathing new life into it. These are the stories behind Things That Look Like Among Us Crewmates, Gaslight, Gatekeep, Girlboss and I Can Still Hear His Voice.

Things That Look Like Among Us Crewmates is the newest iteration of Among Us memes. What started out with memes about the crewmembers and game mechanics eventually devolved into more abstract humor about the crewmates. This abstract form of amogus memeing eventually hit its high point with people seeing the Among Us characters everywhere they looked. Like Christ the crust redeemer, everyday objects were thought to house images of the game’s iconic characters … and that’s what the meme revolves around. The main point of the trend is that the person is starting to go insane from seeing Among Us characters everywhere they look.

Gaslight, Gatekeep, Girlboss is a newer, worse way of saying Live, Laugh, Love. It is not meant to be positive, although it can be portrayed that way. The point of the meme is to show an alternate lifestyle motto to the classically casual one presented online for over a decade. This new version was spread around social media and attached to pictures and GIFs of powerful women together, indicating that strong female empowerment is at the crux here despite the phrases being used being synonymous with aggressors.

I Can Still Hear His Voice

I Can Still Hear His Voice refers to a meme made back in 2018 involving anime characters having fake dialogue. More recently, it has been used in various ways, though predominantly against shipping and seemingly unorthodox relationships between characters in shows and other media. The character is shown saying “I can still his/her voice” to the reader while another character, or the same one, in the background says “gay, gay, homosexual, gay” as a response to them. 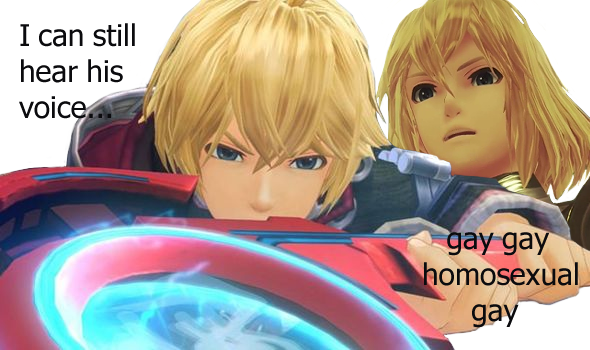