After the whirlwind that was last week, many were convinced that the meme airwaves would be over-encumbered with posts about the Capitol Crusade. However, there were two memes with enough moxie to stay the course and stand their own against this meme dynamo. We are, of course, talking about Lamar Roasts Franklin and Grub Hub Delivery Dance, which join Antifa as the biggest memes of the weekend.

What is it about two guys just having a casual, everyday conversation that makes us fall in love? Is it the genuineness of the dialogue, the masterful way each word is enunciated for the perfect emotional response? Is it the “Yee Yee Ass Haircut?” Who knows, but Lamar Roasts Franklin is the newest meme to come from the Grand Theft Auto series.

In the short clip, Franklin is getting an earful from Lamar, who is doing what every person with a good friend does: talk some shit. This quickly became two different types of memes, with the first just replacing the two characters with any other two from pop culture, such as Yakuza characters, or really anyone and anything. The second is just the reference to the yee yee ass haircut, which can be inserted into a bunch of other meme formats.

The Grub Hub Delivery Dance should not exist. Yet, it does, and by having people tweet about it and make memes referencing it, the person who originally wrote it gets to feel proud (and maybe even get a raise). This kind of stuff continuing to be perpetuated is on us because we as consumers allow it to do its job so other companies take notes and make their own version of things to try and get that “meme fame.” Regardless of whether it’s good or bad, it’s here, and we gotta discuss it.

The Delivery Dance comes from a recent GrubHub commercial in which CGI humans start to dance after eating food, presumably delivered by GrubHub. The meme quickly took off with people at first ridiculing it, then adding different layers to it. The meme has plenty of potential, as dancing-type memes usually get a good amount of attention from creators.

Antifa is back in the meme spotlight after they were blamed by select members of the Republican party who said that Antifa were really the ones that raided the Capitol last Wednesday. This spawned several memes where Antifa is blamed for literally anything, with an emphasis on things that they couldn’t possibly have done, making the person look delusional. This type of meme, being political in nature, is not likely to last for too long, as there is always some sort of political thing happening that will be the new focus soon. 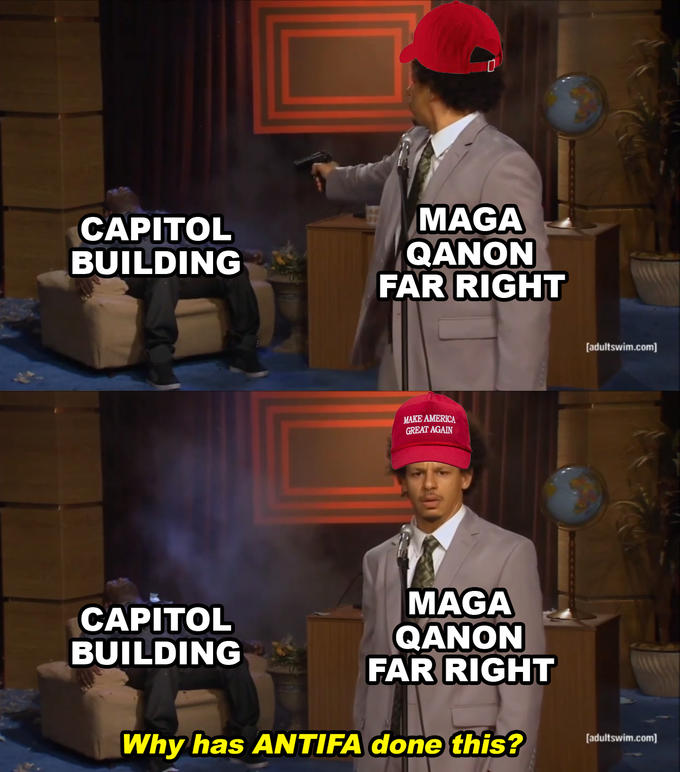