Twitter Fact-Checking Parodies. also known as Twitter Through History, refers to a series of memes which parody Twitter assigning fact-checking labels to tweets which contain misleading information. The trend gained traction after Twitter applied such warning labels to multiple tweets posted by Donald Trump following the 2020 US Presidential Election.

On November 4th, 2020, following the closing of the polls during the 2020 Unites States Presidential Election and the preliminary results becoming available, the United States president Donald J. Trump posted a tweet in which he claimed that he at that time had a strong lead in the election and that a certain group was attempting to manipulate the results. The tweet was subsequently flagged by Twitter as misleading (shown below, left). More Donald Trump’s tweets containing allegations that the election results were being manipulated were flagged by Twitter in the following days (examples shown below, center and right). On November 7th, CNN reported that Twitter applied warning labels to 37% of Trump’s tweets posted between November 4th and 7th.

On November 11th, The Donald user lordvon posted a tweet which parodied Twitter assigning the warning labels, applying such label to a fake tweet containing the quote “The British are coming, the British are coming,” misattributed to American silversmith Paul Revere. The tweet received over 7,500 upvotes in one week.

On November 12th, 2020, Twitter user @ElonBachman posted the first derivative meme based on the format, a fake tweet by Galileo Galilei. The post received over 3,000 retweets and 10,500 likes in four days (shown below). 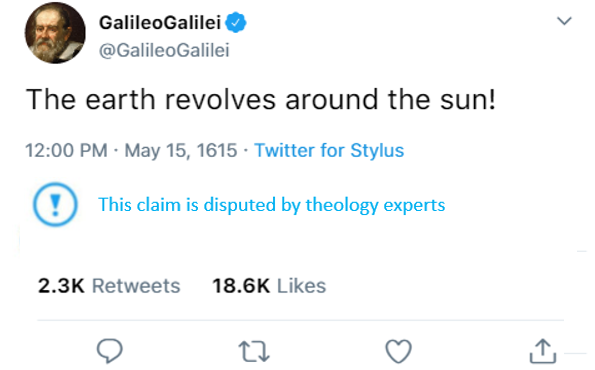 In the following days, the meme format maintained a significant popularity on Twitter, with users imagining various historic quotes being labeled by Twitter as disputed. On November 13th, 2020, an anonymous 4chan user created a generator for the format, posting a link on /pol/ board and popularizing the meme format on the imageboard. 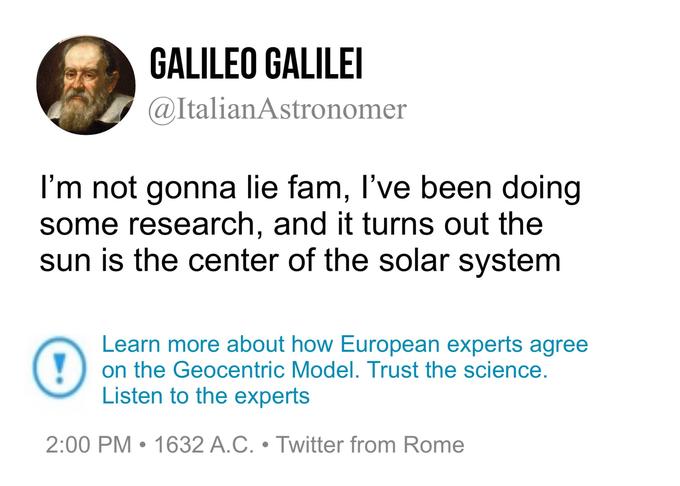 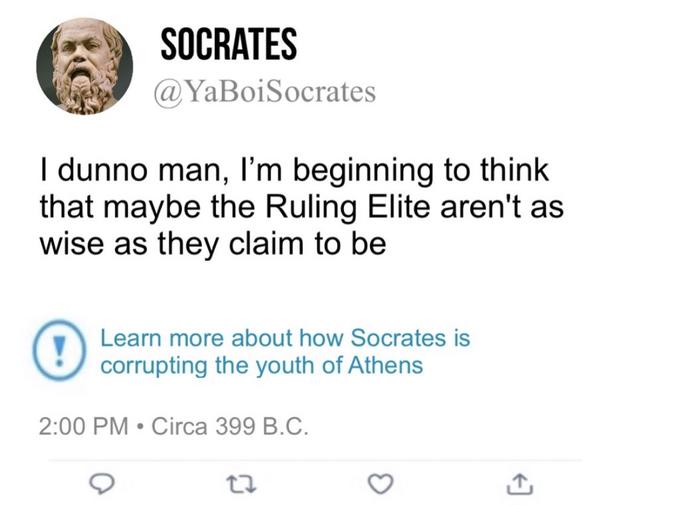 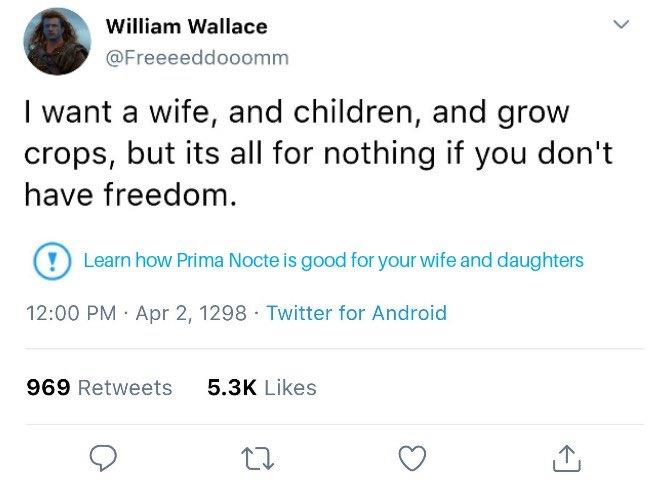