They Say You Attract What You Fear refers to a series of memes that exploit the saying “you attract what you fear,” with users pretending to fear something they actually desire. Originating form a viral 2017 tweet, the snowclone format gained more prominent presence online in mid-2019.

On June 13th, 2017, Twitter user @prettyboyDO tweeted “You attract what you fear,” a saying that states that a person tends to encounter situations that they would like to avoid. On the same day, Twitter user @LeoKolade tweeted “Omg I’m so scared of $10 Billion.” The tweet (shown below) went viral, gaining over 231,400 retweets and 349,600 likes in three years.

On June 6th, 2019, Facebook page Dressage Source posted the earliest derivative meme based on the original tweet (shown below). The post received over 640 reactions and 2,900 shares, with the image being reposted by multiple other horse business-related pages on Facebook in the following days.

On July 12th, 2019, the meme format reached its viral point when Facebook page Yeh I stole this posted another joke based on the snowclone, with the post gaining over 1,700 reactions and 27,000 shares in one year (shown below, left). Screenshots of the post received viral spread online; for example, a July 14th, 2019, repost by Instagram user dudeitsdamsel received over 1,900 likes in one year.

Following the viral spread of the post, the snowclone format gained popularity on Facebook and Twitter. For example, on July 14th, 2019, Twitter user @fe_paint posted a meme that received 200 retweets and over 740 likes. On July 17th, Facebook user Kaylani Jackson posted a version of the meme that became viral on the platform (original post no longer available; shown below, right) and was widely circulated online in the following days. For example, a same-day tweet by @sighbrattt copying the post received over 3,100 retweets and 13,800 likes.

In the following year, the format maintained moderate spread online, seeing another surge in popularity in September 2020. 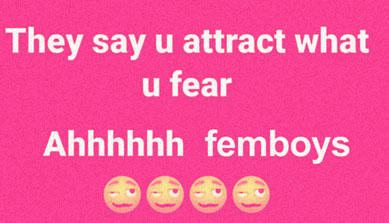