It’s only been two months since we last checked in on the state of Rage Comics, but a lot has happened in that time to support one of the most influential and classic formats in meme history.

Creators are continuing to dust off those old Rage faces and find new ways to make them fresh as many grow tired of the numerous Wojak variants and strive for simpler, less apocalyptic times. So, let’s jump right into it and see what Rage Comics have been up to since December.

Arguably, the biggest update in the world of Rage Comics lately is their inclusion in Rebecca Black’s 10-year anniversary remix of her critically panned song “Friday.” The video features Rage faces over the faces of her car-riding friends, and not just in one scene, but throughout most of the video. If you somehow haven’t seen the video yet, please take the time to watch it below.

Rebecca Black’s “Friday,” one of the most disliked videos on YouTube, came out at a time when Rage Comics were still going hard. The two often crossed paths, and there are countless Rage Comics floating around the web making fun of the music video.

There could be some deep message hidden in their inclusion, something about Rebecca Black and standing up to trolls and all that good stuff, or it could just be a fun way to spice up the video and boost the nostalgia factor. It helps first-time viewers of the video step further into the shoes of those who saw it back in 2011, and even better, it raises curiosity in those who don’t know about Rage Comics and encourages them to learn more. One thing’s for sure, those Rage faces did not go unnoticed, and Rebecca Black gets major points for throwing them a bone.

We talked a little bit about Cover Yourself In Oil and the related “incident” memes back in December, but the meme has come a long way since then. As the Heaven’s Stairway Incident and Aurora Woods Incident began to peter off, they spawned tons of variations all hinging on the cursed Trollface, an image that seems to appear with more and more frequency since late 2020 thanks to its unsettling yet hilarious design.

Creators have managed to squeeze a good amount of mileage out of the format, linking tons of past historical “incidents” to the comic and reminding everyone of strange times-past. The meme hasn’t hit the “big-time” per-say, but it’s certainly made an impact on platforms like Instagram and Reddit. The Trollface, in general, continues to live as one of the most iconic meme creations of all time, and it’s only getting more popular, evidenced by the opening of /r/TrollfaceIncident in January, already boasting over 10,000 dedicated users. The cursed Trollface and its vanilla counterpart will likely continue to feature in new formats for the foreseeable future, and it’s hard to argue that it doesn’t deserve it.

Peach Time is a Rage Comic from back in 2013. It relies on that classic “le random and quirky” humor that’s easy to dismiss as cringeworthy when you look back at it. Basically, the comic shows a Rage character create a peach out of thin air then declare “peach time.” The meme was nothing special when it came out, but it’s spawned something of a cult following on Tumblr over the past decade, spawning tons of variants.

Peach Time is an example of a Rage Comic that aged like fine wine. When a “Burger Time” variant of the meme was first posted to Reddit in December 2013, it gained zero upvotes and was bashed in the comments by people claiming it was unfunny. Now, there are countless variants of the meme on Tumblr, many with thousands of notes. Peach Time is one of the few remaining Rage Comic formats on the web today, and it’s only a matter of time before it sees another resurgence.

Speaking of random humor, we can look at the rise of Void Comics as another branch of the Rage Comics family tree. Void Comics see memers take old Wojak and Rage Comics and turn them into hellish, cursed messes as they progress. They’re completely devoid of reason, with the main aim being to unsettle and disturb while remaining humorous because, well, under all that cursed imagery is a Rage Comic. Young adult memers get that nostalgia wave after seeing their old favorite Rage Comics again through a new lens, and first-time viewers are given a reason to either do some meme research and find the original comic or just enjoy the new product for what it is: an ironic, maddening shitpost.

Void Comics combine the past and future of meme comedy in perhaps the most successful way, offering something that needs no context to enjoy, but that becomes more enjoyable and enriching with it. Like Peach Time, Void Comics are a great example of Rage Comics adapted for the next generation of memers and are unlikely to stop popping here and there anytime soon.

No Rage Report is complete without a peek into the still-flourishing world of Derpina fan art, and man is it still going. Most of this can be found on Deviant Art, or reuploaded to Know Your Meme by you, our gracious readers. There’s not much else to be said about the phenomenon, so here’s some recent Derpina fan art to transition us into our final point. 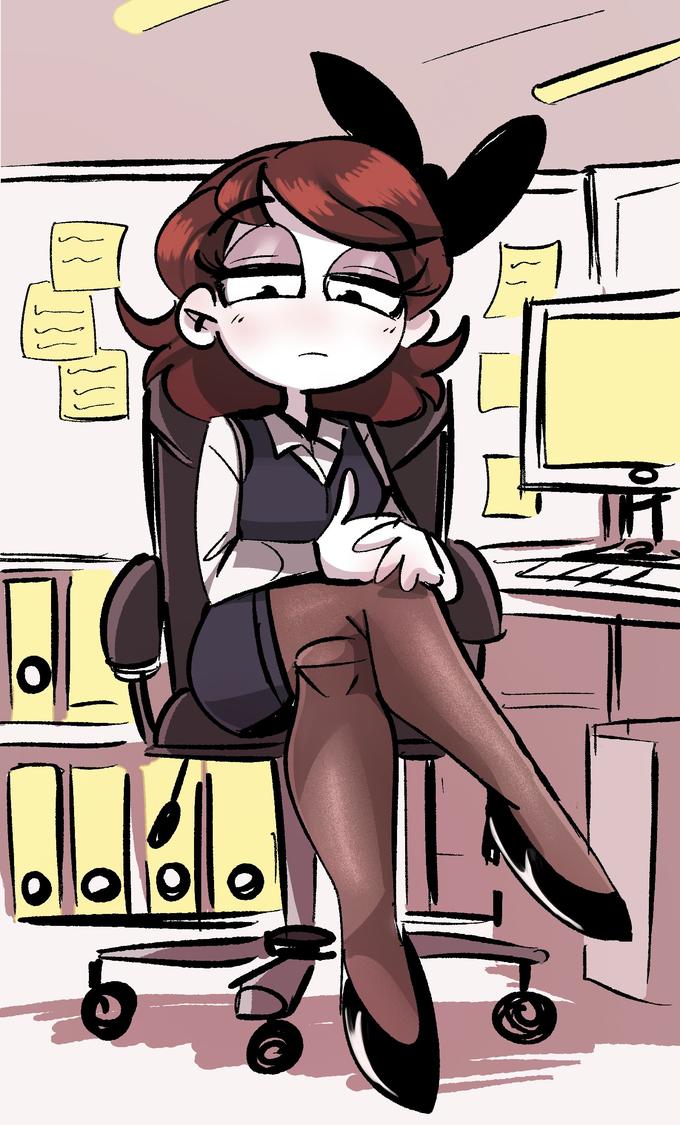 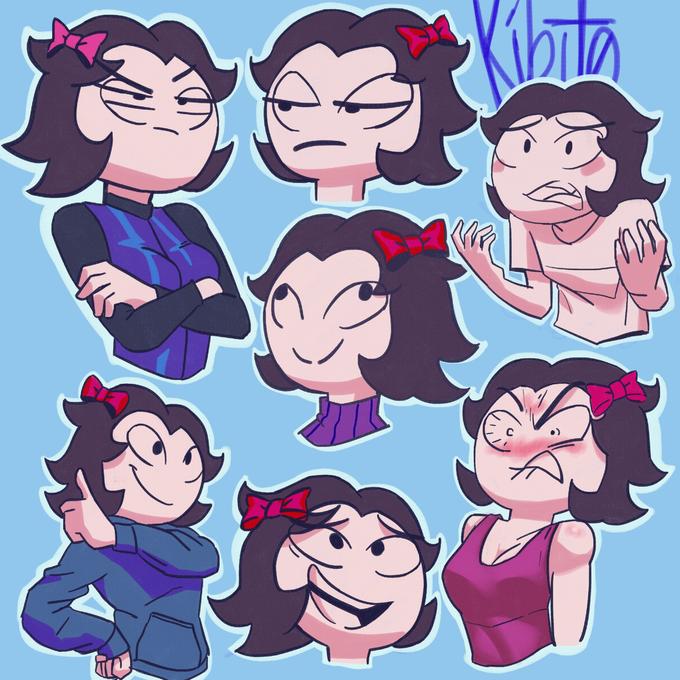 In January, @OldMemeArchive, better known as Ancient Memes, was created on Twitter. The account, donning a Derpina profile picture, exclusively features “memes and posts from a forgotten era of the internet” to quote their bio. That means lots of Rage Comics and, in turn, lots of discourse surrounding them in the comment sections.

Ancient Memes has managed to attract over 500,000 followers in a month, an impressive feat for any account, never mind one that’s dedicated to posting old internet content that’s been gradually and subliminally deemed “cringe” over the past decade. Rather than anger or embarrassment, the posts spark nostalgia in @OldMemeArchive’s followers, many of whom recall their experience first seeing the meme in a positive light. What’s more, some of the comics are less cringy than we all remember and fit into our post-ironic memescape almost seamlessly. We reached out to Ancient Memes over Twitter DM to ask him about the explosive success of his page.

“I think Rage Comics are a big source of nostalgia for a lot of older teenagers and young adults right now,” Ancient Memes told us. “We grew up on things like the Trollface, and we’re all approaching the age where we don’t consider things like that to be lame anymore. Stuff we thought was funny when we were kids […] we see it as a fun callback to what was a simpler time for us.”

It’s easiest to broadly paint all Rage Comics and old internet comedy as cringe without reviewing them. However, on closer review, a lot of these posts echo internet humor today but in a much more upfront, honest and less ironic way. The so random comedy that many old-school memes rely on is still just as heavily relied on today, only it’s acceptable because the average memer understands that there’s a base level of irony at the heart of these formats that came after years of practice and development.

Looking at recent formats like Amogus, for example, shows us that random, nonsensical humor can be just as popular today as back then. Rage Comics are no stranger to random humor (particularly later in their lifecycle), as evidenced by formats like Peach Time and Void Comics, but they’re rooted in relatable humor — just like Wojaks, which have become more absurd with time as more reasonable jokes wear thin. The viewpoint of random humor being cringy that took over the internet for a while is now being forgotten, leaving a space for the less relatable Rage Comics that failed previously. Ancient Memes is helping to remind us of that.

Why Should We Care About Rage Comics In 2021?

From their format to their comedic stylings, Rage Comics are the backbone of so many memes today. They helped take memes outside the realm of single-image Advice Animals and broadened what a meme could be. As memes evolve and new formats arrive every day, Rage Comics and their inevitable influence is forgotten more and more as their necessity continues to reduce thanks to other storytelling formats like Dogelore and Wojaks.

We need to continue to track and preserve the history of Rage Comics for future generations, who may stumble upon a Trollface or a Yao Ming Face one day in the 2030s and not realize that these are some of the strongest building blocks for internet humor today.

Some memes never die, they just get old and go on life support. Sometimes they even manage to bounce back for a while and produce something new and captivating, like when Doge spawned Dogelore, or when Rage Comics inspired Wojak in 2009, which then went on to inspire the hugely popular “I Wish I Was At Home” format about a decade later. You never know what’s going to start the next big meme trend, and that’s why it’s important to keep squeezing life out of the most tried-and-true classic formats, never letting them sleep too long. Until next time, this has been the Rage Report.