Starting on February 18th, 2021, users on Twitter and other social media posted edits of the first image taken by Perseverance, editing in various people and characters. Within six minutes of the first photograph being posted, Twitter user @nascarcasm edited in Bernie Sanders Sitting in a Chair, with the tweet gaining over 1,600 retweets and 16,300 likes in one day (edit shown below, left). Within eleven minutes of the NASA’s tweet, Twitter user @cucchiaia posted a Robert Pattinson in a tracksuit meme that received over 250 retweets and 1,400 likes in one day (shown below, right). 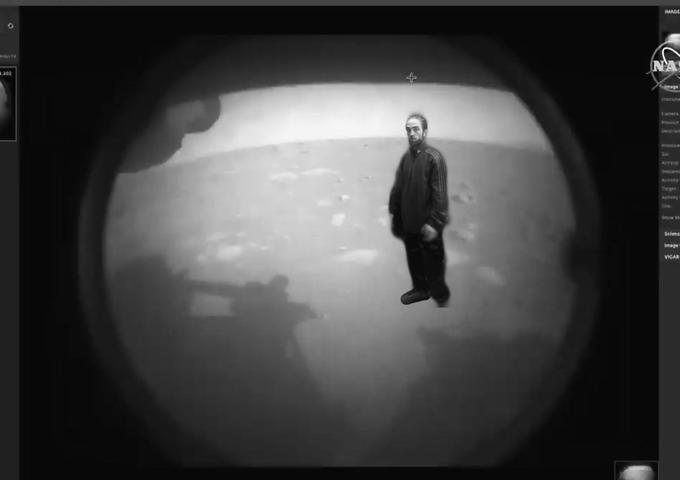 Additionally, users posted video memes based on the image. For example, on February 19th, Twitter user @micha_bloss posted a Confused Travolta meme that gained over 300 retweets and 2,700 likes (shown below).

Following the news of the landing, NASA’s Virtual Photo Booth, a virtual photo op launched by NASA in July 2020, saw a surge in popularity, with multiple users sharing images created with the app.