Palencia Statue Restoration Fail refers to a botched restoration of a statue depicting a smiling woman on a building in Palencia, Spain. The restoration completely obscured the woman’s features and replaced them with mismatched eyes and a clay-like face. The discovered botch drew comparisons to other restoration fails such as Potato Jesus and The Immaculate Conception of Los Venerables restoration.

On November 7th, 2020, Facebook user Antonio Carpel Artista pointed out the botched restoration of a statue on a 20th-century building in Palencia, Spain (original: shown below, left; restoration: right). 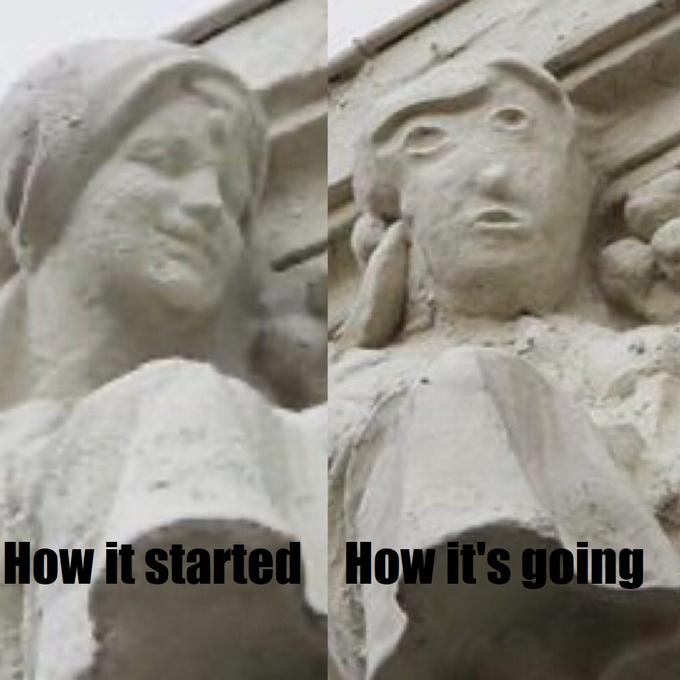 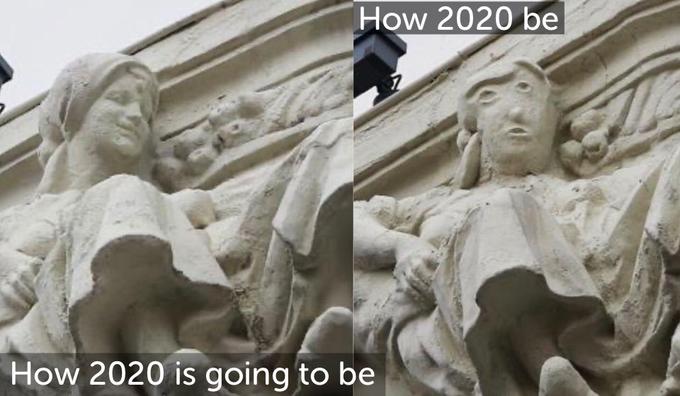