Johnny Depp Fantastic Beasts Franchise Exit refers to the controversy surrounding actor Johnny Depp and domestic abuse allegations by his ex-wife Amber Heard, which resulted in Warner Bros. requesting his departure from the Harry Potter spinoff films Fantastic Beasts in November 2020 after he lost a libel case against News Group Newspapers. Following the UK court ruling’s decision and his removal from the franchise, supporters of Depp, as well as critics of Warner Bros., took to social media shortly after to express their support, leading to an influx of memes revolving around the event in early November 2020.

On November 2nd, 2020, Depp lost a libel case against News Group Newspapers, the publisher of British tabloid The Sun, which published an article in 2018 that referred to him as a “wife beater” and also claimed there was “overwhelming evidence” that he assaulted Heard while they were married. The article also called for J.K. Rowling to take action against the alleged abuse and remove Depp from his role in the movies.

On November 6th, Depp, who portrayed Gellert Grindelwald in the Harry Potter spinoff films Fantastic Beasts, was asked to resign by Warner Bros. from his role shortly after he lost the libel case. A spokesperson from the studio confirmed that he would leave the franchise and Depp’s role would be recast ahead of the third film, slated for summer 2022. That same day, Depp posted a statement on his Instagram account addressing his departure from Fantastic Beasts, which received over 2.4 million likes in three days (seen below).

Shortly after the news spread online, fans of Depp began commenting on the story and his removal from Fantastic Beasts, which led to an influx of memes criticizing Warner Bros. or supporting Depp across social media. The event also trended on Twitter in early November 2020 alongside the hashtag #JusticeForJohnnyDepp.

On November 6th, 2020, Redditor mig1964 posted a meme to the /r/memes subreddit under the title “What can I do to help Johnny Depp?” and received over 65,300 upvotes, 853 comments and numerous Reddit awards in three days (seen below, left). That same day, a post by Redditor Ethan_Hood to the /r/awfuleverything sub received over 52,300 upvotes, 2,100 comments and several Reddit awards in three days (seen below, right). On November 7th, a thread on /r/OutOfTheLoop asking “What is going on with Johnny Depp innocent memes?” received nearly 5,000 likes and 670 comments in roughly 48 hours.

On 9GAG, numerous memes referencing Depp’s exit from the Fantastic Beasts films also trended on the site in early November, receiving over 270 points and 130 comments in 48 hours. 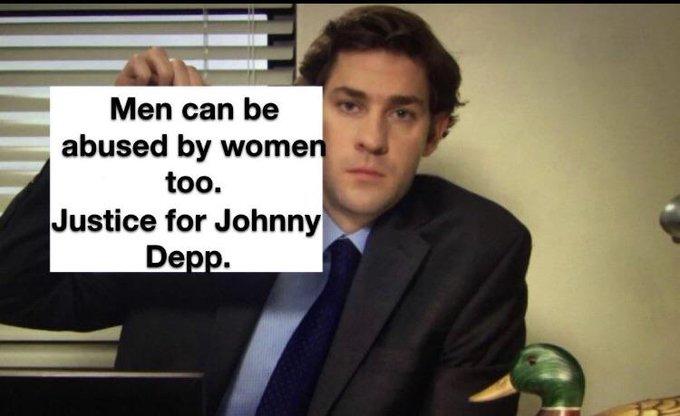 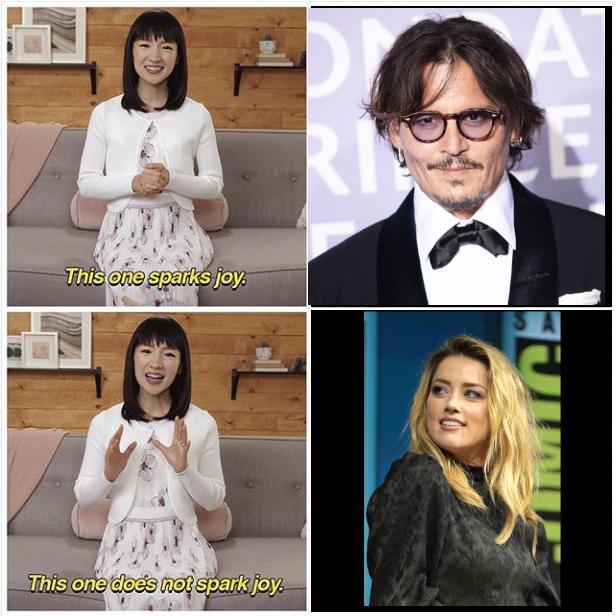