Hirohito’s Mega Chin is a modification for the video game Hearts of Iron IV, which edits an image of the former Japanese Emperor Hirohito that elongates his neck using a recursive image of his chin.

On November 4th, 2017, Steam user IG86 posted a modification of the game (shown below). In less than four years, the modification received a four star rating based on 332 reviews. The image was based on Let’s Play videos of _Hearts of Iron 4 by _ iSorrowProductions, who mocked Hirito’s chin in videos such as “Hearts Of Iron 4: JAPAN STRIKES BACK – KAISERREICH” (shown below).

In December 2017, IG86’s mod grew in popularity among Hearts of Iron IV players and was used by iSorrowProductions in his videos. On July 31st, 2018, he reached out to iSP’s fans on his subreddit and asked them if he should remake his mod.

On August 1st, 2018, iSorrowproductions referenced the image in the video “WHAT IF JAPAN WAS IN EUROPE? – Hearts Of Iron 4.” The post received more than 681,000 views in less than three years (shown below). 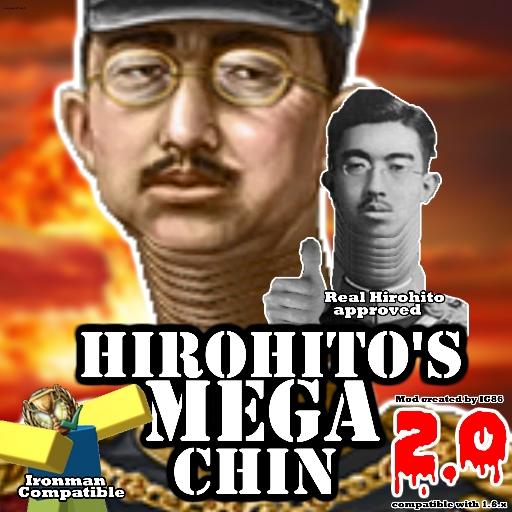 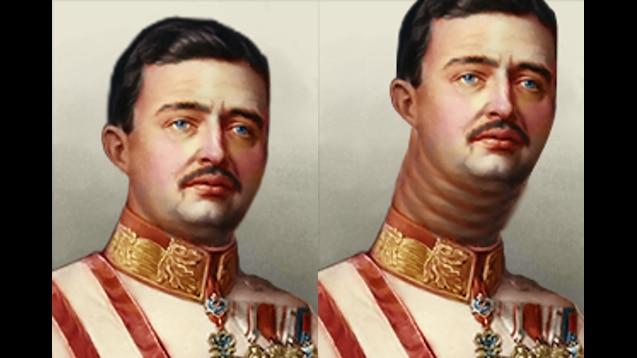