Discord Mods refer to a series of memes which mock the stereotypical moderator of the chat application Discord, often by presenting them as an unkempt individual who exhibits predatory behavior. Originating from Discord Child Grooming memes and developing the long-running trend of mocking moderators of various online communities, the trend reached its viral point with Keep Memes out of #general” and Hey, Kitten memes gaining traction following a June 2020 tweet.

On June 22nd, 2020, Twitter user NullTox (BugOrna) posted a Caroline’s Dad meme captioned “Please keep memes out of #general.” The meme parodies a common reminder to follow the server rules and not post memes in the main (aka #general) channel made by moderators and admins on various Discord servers. The post received over 12,500 retweets and 68,200 likes in five months and was widely circulated in the following weeks; for example, a June 25th repost by Instagram user the_maymays_reloaded gained over 39,200 likes in the same period.

Starting on July 9th, 2020, TikToker @curlydaddy101 posted a series of Discord moderator POV Roleplays based on various stereotypes about Discord moderators such as making requests to keep memes out of #general and use of the expression “hey, kitten” to address a person they are sexually interested in (also used in Discord Child Grooming memes). For example, a TikTok posted by @curlydaddy101 on July 9th received over 2.3 million views in four months (shown below, left). On August 3rd, @curlydaddy posted a video that received over 1.6 million views in three months (shown below, center).

On August 18th, Redditor Teariify posted a Please Keep Memes out of #general meme that received over 15,000 upvotes in /r/okbuddretard subreddit in three months and was widely circulated online in the following days. For example, a same-day repost by Instagram user that.2_mexican received over 9,300 likes and 77,600 views in the same period.

Following the viral spread of Teariify’s post, memes about Discord moderators gained larger presence online in /r/okbuddyretard subreddit, on TikTok and Twitter. For example, an August 20th, 2020, artwork by Twitter user @woods_jpeg received over 2,600 retweets and 9,400 likes. A same-day TikTok by @xycr0n gained over 1.6 million views.

On October 26th, YouTuber Ryan The Leader posted a comedy sketch “Day in the life of a Discord Mod” that received over 1.7 million views in two weeks (shown below). 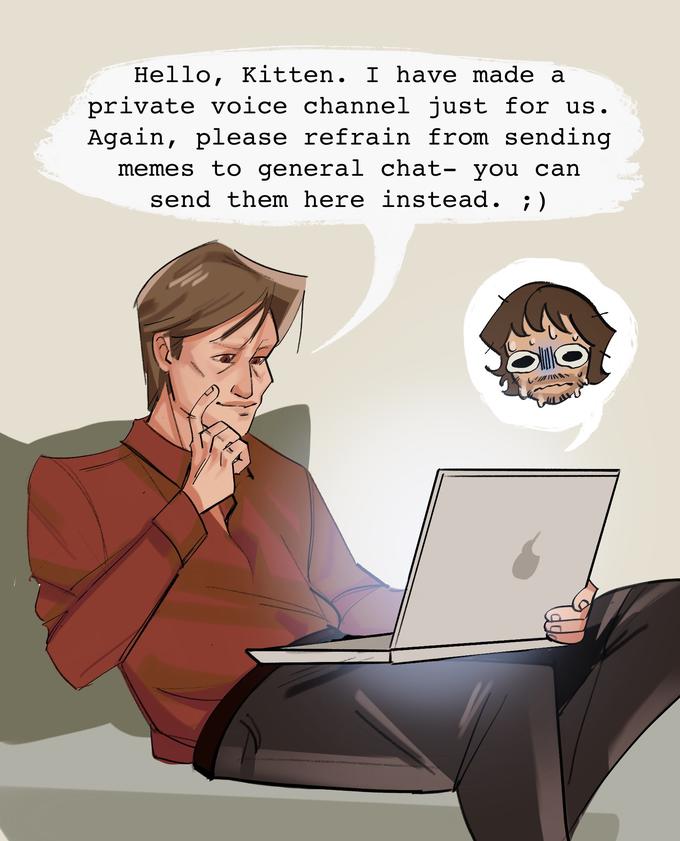