A Skilled Roy Can Beat Any Fox is a catchphrase within the competitive Super Smash Bros. Melee community. Popularized by the SSBM meme community Melee Hell, the phrase has been often used to mock ignorant statements of Melee’s metagame.

The origin of the quote “a skilled Roy can beat any Fox” has been contested among the Smash community. Some say the quote originates from a now-deleted YouTube comment on an IGN video showcasing Axe’s Pikachu four stocking Silent Wolf’s Fox in under a minute at EVO 2014, while others state that it started as an in-joke within the Melee Hell community, arguably as a forced meme by users until it gained traction.

Despite the quote’s origin being uncertain, the phrase has been used sarcastically in tier list debates within the Super Smash Bros. Melee community, mostly towards those who either argue the existence of tier lists in general or those who argue that the differences between Marth and Roy are so minuscule that the disparity in potential between the characters is almost trivial.

On June 22nd, 2015, a video was uploaded to Melee Hell’s YouTube channel titled “A Skilled Roy Can Beat Any Fox.” The video showcases Roy trying to prove that he can defeat Fox, with the video exaggerating Roy’s weaknesses and Fox defeating him effortlessly.

On May 16th, 2020, Super Smash Bros. Melee top professional Zain Naghmi entered the third installment of the Rona Rumble online tournament series for Super Smash Bros. Melee. Entered in as “DontTestMe,” Zain’s performance garnered notoriety among the Smash community for using Roy and winning the tournament, defeating other ranked top professionals along the way. A highlight reel of Zain’s performance was uploaded the following day on May 17th, 2020 by YouTuber Pengboys, garnering over 115K views as of November 14th, 2020.

Zain’s performance would be reacted to and discussed by other notable top players, including Juan “Hungrybox” DeBiedma and Adam “Armada” Lindgren. Zain’s performance and tournament win reignited discussion about Roy’s potential in the game as a competitive character.

A Skilled Roy Can Beat Any Azura

An offshoot of the phrase is used within the Fire Emblem Heroes community where Fox is replaced with Azura, due to the character matchup in battles being heavily in Azura’s favor due to her better equipment and stats. 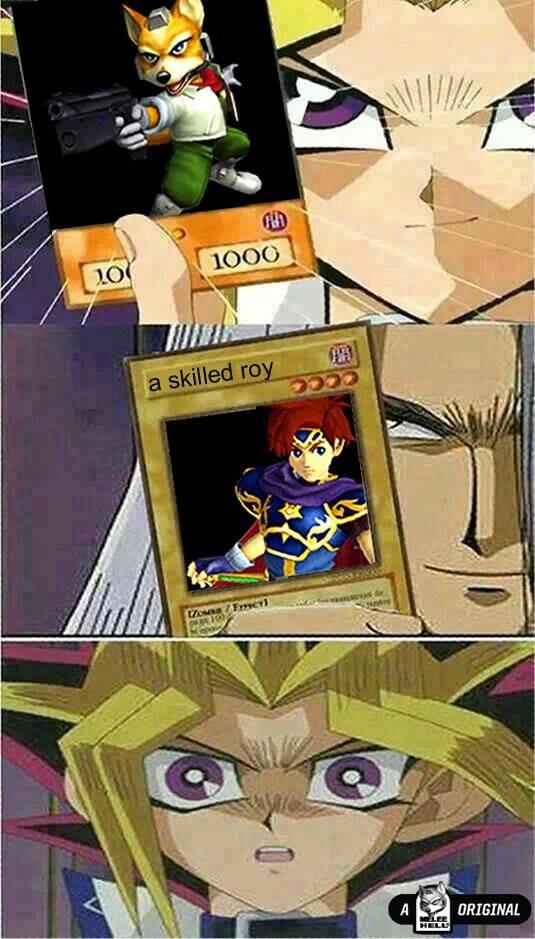